We treated a difficult case recently. The patient had been the victim of an IED blast in the recent conflict in the Middle East. He had severe pelvic trauma but had survived the blast. He walks well but was left with a pelvic nerve injury. He had a diverting colostomy at the time that could not be reversed due to lack of any rectal tone. He was also left with a suprapubic tube.

He was demonstrated to have stress incontinence and a non-compliant bladder with low volume. We initially treated this by performing an augmentation cystoplasty with the creation of a catheterizable channel via the technique – cutaneous catheterizable ileal cecocystoplasty (CCIC) - http://www.ncbi.nlm.nih.gov/pubmed/24657838. We also performed a modified use of a Coloplast Virtue sling – where the suprapubic arms were removed. This modification will not prevent instrumentation, which has been my concern with the use of the full sling. This has worked well for us in the past, especially with the creation of a separate catheterizerable channel.

He did well post-op and was able to catheterize without problems, but he had continued severe intrinsic sphincter deficiency. We revised him recently and upon exploration of the perineum found a loose sling. It was not clear why this had happened, but the sling must have loosened during the post op period. Instead of replacing the sling we placed and AUS after removing the majority of the non-functional sling. Rather than connecting the AUS to a traditional scrotal pump – we connected the AUS and reservoir to a port for a tissue expander. The idea being that we can selectively increase the pressure to the minimum needed to obtain an acceptable level of continence. Given the augmentation, this level should be very low.

I got this idea from a recent Swiss paper From Bersch - http://www.ncbi.nlm.nih.gov/pubmed/18394784. The authors described their positive experience with this concept. It is very similar to a recent paper from Dr. Elliott at the Mayo Clinic with the placement of a bladder neck AUS at the time of augmentation. They found that very few of the AUS’s needed to be connected to a reservoir in a secondary procedure (http://www.ncbi.nlm.nih.gov/pubmed/24060640). My resident asked why not just connect the cuff to the tissue expander port, but I do not think this would allow enough volume in the system to practically achieve subtle changes in pressure of the cuff.

Connection of the AUS cuff and reservoir with a Y connector and a port for a tissue expander used in breast reconstruction. 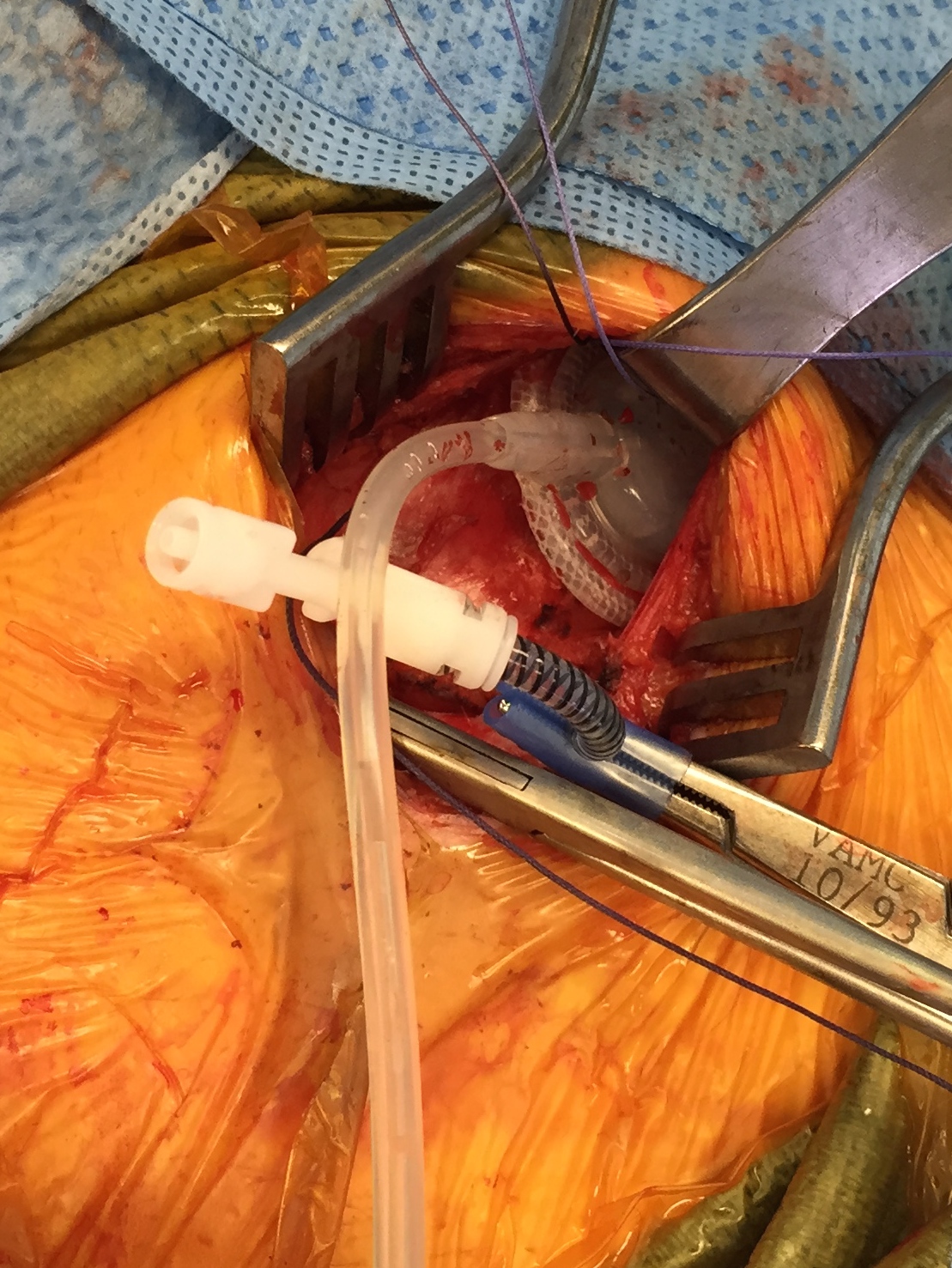 It is always difficult to try new techniques, but I think this potentially offers a great salvage for the rare patient with ISD after pelvic nerve injury. I would still favor placement of a sling as a first line therapy, but this is a good salvage – especially in patients that are not catheterizing their urethra.