Long ureteral strictures can arise from a variety of problems. Some very common causes of the scars are from severe abdominal and pelvic radiation damage or from surgery done as a child that undergoes stenosis during adulthood. In some cases the ureteral stenosis involves a longer segment and the ureter needs to be replaced with a segment of intestine. Many intestinal segments have been described within the literature for replacement of the ureters. The standard is to replace ureters with a segment of ileum (ileal ureter). Smaller segmental scars of the ureter, however, may not warrant such a large piece of intestine. Alternatives included fashioning a Monti or spiral Monti tube, out of small or large bowel. Another alternative is the use of appendix. If the appendix is long than it can be mobilized off the cecum just like using it for a Mitrofanof or MACE. A long appendix can substitute for the majority of the ureter, especially if it is brought to the dome of the bladder. The potential advantages to using the appendix are less bowel complications, and less mucous production compared to a large piece if ileum. In addition, use of a smaller diameter piece of intestine creates much less volume for reflux of urine and decreases the effect of having a “cistern” above the bladder that is difficult for patients to empty.

Although, the appendix is best suited for pelvic right-sided stenosis, with adequate mobilization of the right colon past the hepatic flexure it can be crossed to the left side. I first was introduced to this idea by a Russian poster at the AUA. They had replaced many ureters by this method and one important technique tip that they emphasized is to take a cuff of cecum at the base of the appendix, so the connection to the bladder dome has less stenosis risk.

Figure: A long appendix that was used to bridge a large defect in the left side pelvic ureter from radiotherapy for cervical cancer. Mobilization of the right colon and hepatic flexure made this tension free. 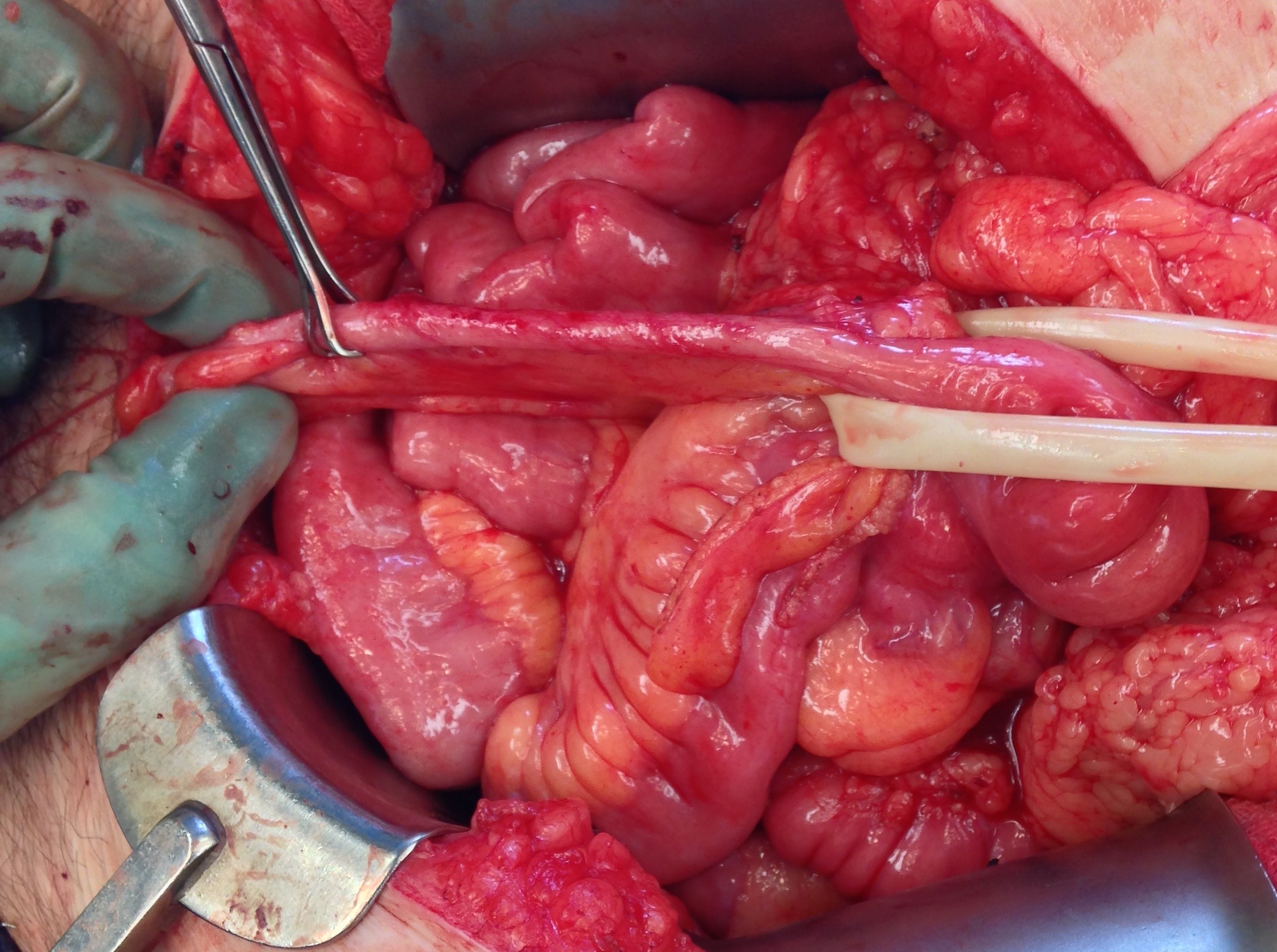 Figure: In the same case, the cuff of cecum from the appendix is being sewn to the dome of the bladder. 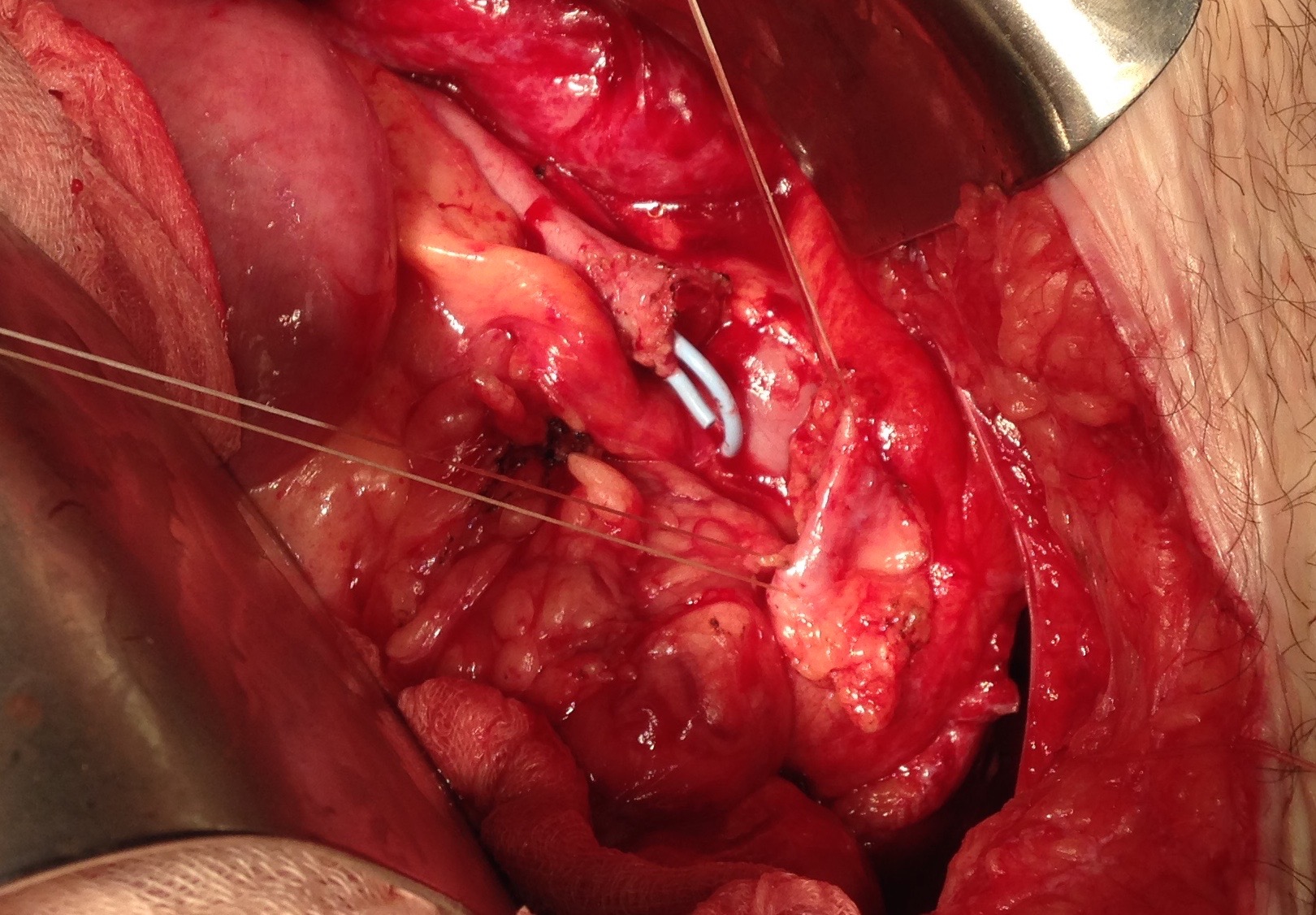 Figure: Post-operative cystogram in the patient at the time of stent removal, showing the left side appendiceal interposition, and a remote renal ultrasound of the left kidney, showing resolution of the hydronephrosis. 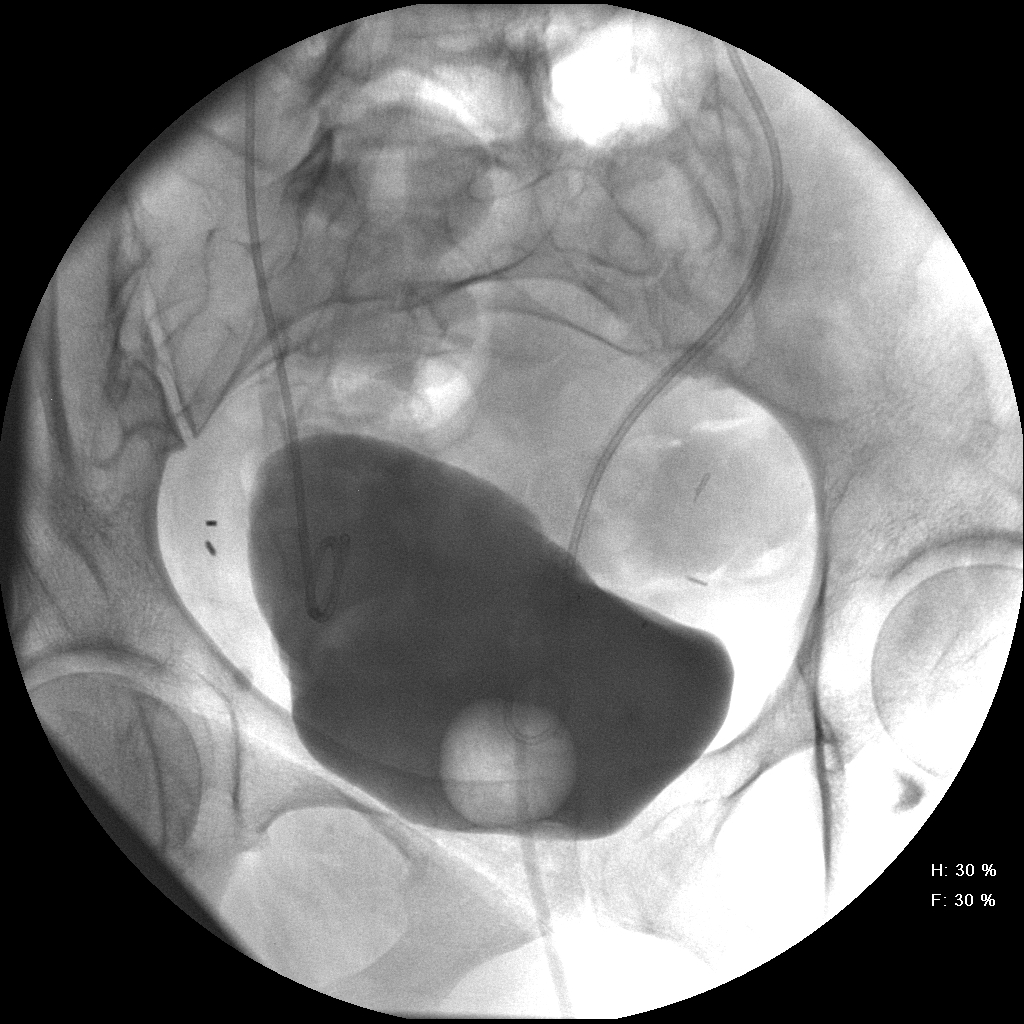 Figure: Another case where the appendix was used to fix a stenotic trans-uretero-ureterostomy at the bladder, in a patient with congenital neurogenic bladder and a previous augmentation cystoplasty. This antegrade pyelogram is the pre-operative film of the stenosis.

When I find distal ureteral stenosis I usually am doing a Boari flap, but don’t forget about the appendix for a longer defect or when there is a radiated bladder and a Boari flap is not advisable.