Arterio-Venous Malformation of the Bulbar Urethra and Penile Bodies

We treated a very interesting case today. The patient was a 39 year old that was found to have an arterio-venous malformation within the corporal bodies that communicated to the urethra. This was right at the crus of the corporal bodies. The symptoms he initially had were hematuria with erections and sexual activity. He reported that he would get very strong erections and then knew he was going to “blow out” and would develop the urethral bleeding.

The patient underwent embolization of the L pudendal artery with coils and then Onyx embolization followed by a third alcohol embolization. After the last embolization he had ED for several months and was debilitated with chronic penile and perineal pain. He also had worsened urethral bleeding that would start with any activity.

I had to look of Onyx because the CT scan was so unusual – it looked like there were a thousand metal coils. The material looks like it is an alcohol polymer with a contrast material so it can be seen on fluoroscopy. I hope that this resolves the patient’s pain and problems with bleeding. He will most certainly need a penile prosthesis in the future.

Here is the patient’s AVM. The MRI really shows the necrosis really well and the CT shows the Onyx material. 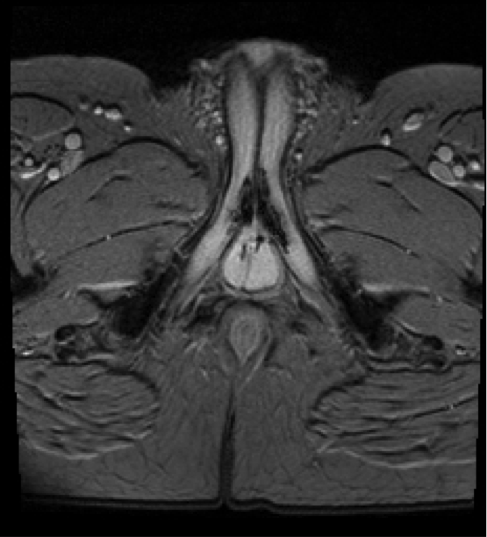 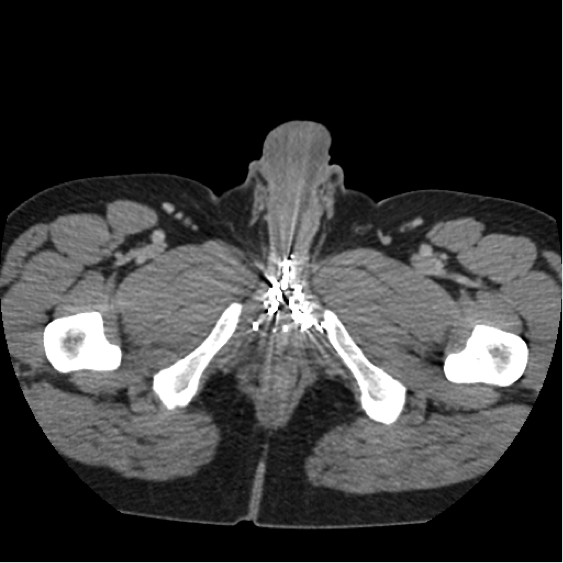