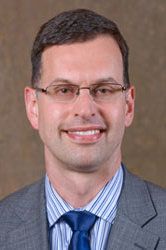 Dr. Nejd Alsikafi was formerly a clinical associate professor the head of urologic reconstruction at Loyola University school of medicine, and recently transitioned is reconstructive practice to Uropartners, the second largest urology group in the country, where he has private offices in the northern Chicago suburbs of Gurnee and Libertyville. He attended undergraduate education at the University of Chicago and followed both medical school and residency there. Following residency be completed until a ship at the University of California San Francisco under the direction of Dr. Jack McAninch. Since he has finished his training is been on the faculty at the University of Chicago and now Loyola.

His clinical interests include all aspects of reconstructive urology as well as general urology. He has written numerous articles as well as book chapters in these fields.